Organized by American Citizens for Justice and Association of Chinese Americans 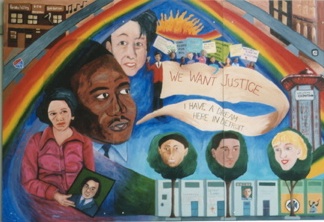 and the recent film “Vincent Who?” by Curtis Chin, http://vincentwhomovie.com/

Friday Yummies:
Honored & thankful to be a #DiversityScholar for the National Trust for Historic Preservation @savingplaces #PastForward 2022 Online Conference this week. This year marks the 30th anniversary of the Diversity Scholarship Program, which has provided over 2,500 #scholarships to #conference participants from historically underrepresented groups. This year, the scholarship includes conference registration & a consortium of bi-monthly mentorship & networking convenings, which will be held through September 2023.
Thank You to @seattletimes reporter Angela Yoon-Hendricks for quoting me in this excellent article on the new #Filipinx American #History course in #Seattle Public Schools:
My-BOO-Hey! 👻
HOY! SEATTLE/TUKWILA/TACOMA! One more day—get your grub on and support @fanhs_national, the volunteer-run non-profit org that brings you #FAHM every year since 1992! The sandwich comes with side salad, but I got FURIKAKE FRIES instead! #yum
I made Ube-Pear-Raisin Bread Pudding in the #InstantPot! I used the left over @fujibakery brioche bread crusts, plus a syrup made from @hoodfamousbakeshop Ube Simple Syrup and Natori @kasamarum! The syrup/sauce called for cream, I used this tiny coconut milk instead. Right before I was about to whisk it, I found this Ube kiss from Dawn (or Mama Maxine)!